Choose Your Own Adventure!

We here at Second Printing!! go through periods of having no time and WAAAAY too much time on our hands.

In a time of need, a person should be able to call upon the people who support him or her (or as the dictionary would call them, "supporters.")

This year finds our country poised to vote in one the most hotly contested presidential campaigns of all time. It's been said you can know a person by the people surrounding so if... IF we had to choose a president based on who supports them, the choices would be kinda awesome.

So, if you want to look absolutely stupid on November 4th, we're here to help you. 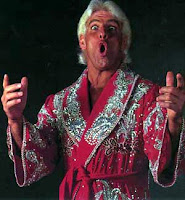 Mike Huckabee (Not pictured.)
His presidential campaign ended a while ago and he and I agree on almost nothing but I'll be damned, I had to include the man for two simple reasons...

Has Nicolas Sarkozy ever been able to boast that? I think not. When the guys the loser rolls with kick ass you know one thing...

Man, if this were 1986 and I were a fourteen year old allowed to vote, this election would be soooo over...

Jason Bourne. Mr. AND Mrs. Smith. Tomb Raider. Tyler Durden and The Incredible Hulk. (See what I did there?)

OK, he lost like 10,000 manna because it was George Clooney's Batman. *shiver*

Voting by genre celebrity endorsement and Second Printing provides probably the most retarded way to vote in 2008.

As if you could ever expect anything less from us.
Posted by Devon Sanders at 6:55 AM

Wait, Rocky, Rambo, and the Terminator? I was going to vote for Obama, but now I just don't see how that's possible.

To be fair, though, while I understand taking away points for that particular Batman's endorsement, it only seems fair to give at least half back for the Danny Ocean endorsement.