Devon and I (and the gang) did some reviews of last weeks comics, but there were so many new comics that it was hard to a thoughtful review to all of them. So how about some knee-jerk reactions instead?

It's back, DEFINITELY NOT REVIEWS:

Adventure Comics #524 - I think I routinely get the Subs and the Legion Academy confused. I love the Subs and have no real feelings either way for the Academy. I was a huge Phil Jimenez fan at one time, which was what brought me on board for this arc. I think my Subs/Academy confusion led me to believe this issue would be a continuation of the futuristic Frat House satire that the first issue seemed to be, alas, it's true to the title and is an actual Adventure. First World Problems. 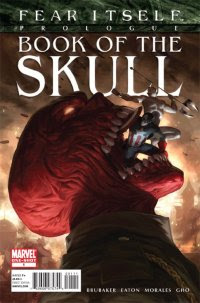 Fear Itself: Book of the Skull - To distill Devon's review, it's a complete mehss. See what I did there? Anyway, from what I've read about this, Brubaker was originally supposed to co-write the Fear Itself event with Fraction, but had to bail and took what he was going to do (this quasi-Hellboy inspired retro-WWII arc) and turned it into a bland one-shot. Some nice art and a few decent action pieces, but inessential, less than inspiring, and not so revealing about the overall Fear Itself to-do.

The Guild: Tink - This reminds me that I've not been watching Season 4 of the Guild. I've enjoyed all of the Guild comics so far, but this one kind of pisses me off, mostly because self-entitled princessy bitches like Tink just annoy the piss out of me. I guess Felicia Day has done her job well in establishing such a character for us all to loathe.

Red Robin #21 - Red Robin (yummm) takes on the Mad Men, but Don Draper is nowhere to be seen. Zing! Bet no one thought of that one yet. Anywho, Nicieza reinvents the old Blue Beetle villains as living server farms after being experimented upon by Dark Side's acolytes during the Final Crisis, now they're an integral part to the Unternet. This whole criminal internet business has actually been a pretty fun nerdist-meets-superhero ride so far. 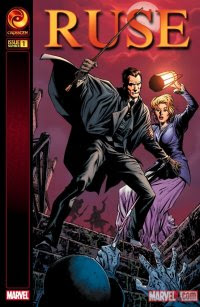 Ruse #1 - All I have to say is, do we need another Sherlock Holmes-esque character? Enh, sure, why not.

T.H.U.N.D.E.R. Agents #5 - Nick Spencer's pacing of the inaugural storyline is very, very unusual, and I've not yet decided if I like how its structured/executed, but otherwise, I'm quite enjoying it, and the guest artists that have been joining Cafu every issue (this issue Ryan Sook) have all been top-tier talents.

Tiny Titans #38 - Aqualad and Lagoon boy meet the underwater Titans. I love when this book goes into seriously deranged territory. It's not necessarily subversive, just deliciously weird. This series will hopefully continue until Balthazar and Franco are in the grave.

Unwritten #23 - Until last week I had so many issues of this series sitting beside my bed, I'd taken to calling it Unread. Badum bum. But seriously folks, I ploughed through 10 issues like a crazed junkie and was itching for more. But oddly enough, reading this issue, by itself, with nothing to follow, didn't feel as satisfying. I highly recommend this series, but I think it'll fare so much better in trade.

X-Factor #217 - this one is boob-a-licious. But as much as I like cleavage, I have to say Banshee's boobs and Monet's boobs and Black Cat's boobs seriously undercut the rather potent and intelligently written debate ol' Mayor J Jonah Jameson had with some Tea Party-like protesters. It was a nice moment for JJJ, which seemed both unusual and out of synch with how I'm familiar with him (which is pretty much limited to the 1960's cartoon and J.K. Simmons in the film). 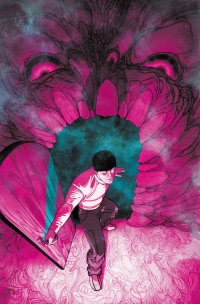 Xombi #1 - 15 years ago, back in 2005, Milestones' Xombi came to an end. 15 years after 2005, in 2011, Xombi's back, but no one cares because they're all fixated on my incorrect math. And by "they're all" I mean the four people who commented on my date typo in my CHUD review. Otherwise, to quote Dana Carvey impersonating Johnny Carson (I'm old!), "that is some weird, wild stuff."

Yo Gabba Gabba: Comic Book Time HC - for hipster adults with really young children, or stoners who are entranced by bright colours, Yo Gabba Gabba is one of the raddest things going. This very handsome collection of shorts is equally pretty rad, with some absolutely fantastic kid-friendly art and stories from the likes of Evan Dorkin, Mike Allred, and Eric Orchard (whom I introduced you to a year and a half ago, remember?). My 20-month old loves it, and I think I like it more. 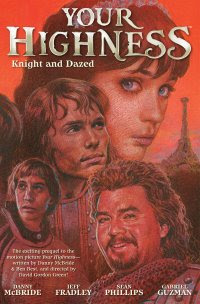 Your Highness Prequel - Aye, this dost not bodeth well for the quality of yon cinefilm, as showcased in moving picture houses come April. It's kind of crappy, in facteth.
Posted by KENT! at 10:21 AM No comments:

Your WTF Comics Moment Of The Day

APE Entertainment is bring you an all-new Richie Rich comic and it's basically Jonny Quest meets... Richie Rich, I guess. 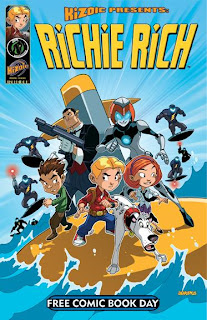 Where do you even start with this? Where are the pre-Michael Jordan white short-shorts dude used to wear? Where are the li'l white booties? Where's Richie flashing $100 bills like L'il Wayne on an all-night bender at a strip club? Reggie Mantle wants his hair back. 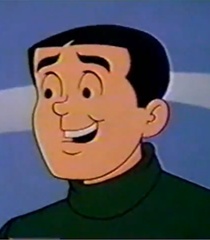 And Cadbury? Oh, Cadbury... what have they done to you? If you want milk and cookies brought to you, you want this guy bringing them to you... 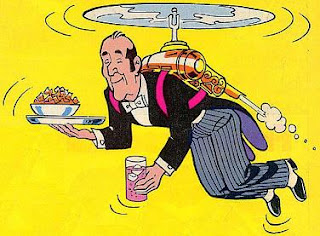 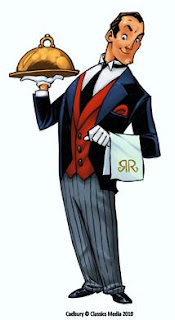 So, last year DC had updated the Wonder Woman costume for a "modern age", showing less of Diana's skin and turning the bustier into something less bustier-like, giving her a street-tough look more akin to Black Canary than what we would typically associate with Wonder Woman. I didn't much care for it. I have to say though, that I prefer it to this: the new television Wonder Woman costume as donned by series actress Adrianne Palicki. The fetish aesthetic is quite obviously back in (I guess in keeping with the origins of the character), as this costume seems like something I would see in the live display window at a certain adult store on Queen West here in Toronto, rather than a superhero. Quite frankly it makes Lynda Carter look ready to greet the Queen in comparison. And nerd quibble: BLUE BOOTS?

Reports about the show have David E Kelly's Wonder Woman it shaping up to be the usual clueless adapt-a-superhero-to-the-mass-market disaster. "The project is described as a reinvention of the iconic D.C. comic in which Wonder Woman -- aka Diana Prince -- is a vigilante crime fighter in L.A. but also a successful corporate executive and a modern woman trying to balance all of the elements of her extraordinary life"

Bleeding Cool's dissection of the pilot script further damns it to, at best, The Flash-level of television reinvention.

I'm betting that, like the Cape or The Bionic Woman remake, I make it no further than 20 minutes through the pilot episode before flipping it over to watch hockey or something less brain-hurtey.
Posted by KENT! at 12:57 PM 2 comments: