Even when Grant Morrison fails, he does it spectacularly. 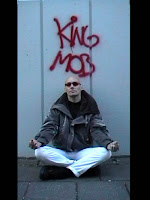 He's easily one of comics' most important visionaries. Whether it's returning once-stagnant franchises such as JLA, All-Star Superman or The X-Men to prominence, re-defining worlds (Final Crisis, Marvel Boy, 52,) helping us remember forgotten heroes (Doom Patrol, Animal Man) or creating worlds of his own (We3, Invisibles,) no one has done more solid, thought-provoking works than this man.
He will have his place in history.
Despite of all this, he's rarely spoken of with the reverence of his contemporaries, Alan Moore and Neil Gaiman.
Moore has his Swamp Thing, his Watchmen.
Gaiman, his Sandman and his novels.
Morrison has his works, all great and true but this question has always plagued me:

Why isn't Morrison's work held up in these regards?
And then, it dawned on me:
Due to the scope of this man's body of work, it's hard to define exactly what is Morrison's best work.
What is truly is Morrison's Watchmen, his Sandman?
Well, never let it be said that the men of Second Printing don't enjoy a challenge as today, we bring you: MORRISON MADNESS!!!
We dare ask the question, "What exactly is Grant Morrison's defining work," with 32 of our favorite and his more famous works as entries and divided into four interesting brackets. 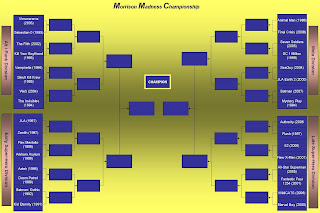 Wow, this should be pleasantly insane.

I think you've almost hit the nail on the head with Morrison, but I suspect the truth is, he hasn't yet written anything that makes people say, "I don't think he'll ever top this". This is not a slam on his quality, but rather the recognition that Morrison hasn't peaked yet and doesn't seem to be anywhere near peaking -- put Morrison on a title and you can reasonably expect he'll pull yet another rabbit out of his hat. So why point to (for example) "All-Star Superman" as The Bestest Grant Morrison Thing Ever when there's a good chance he'll top it in the next three months? Then you'd owe the Internet an apology and who needs that.

I am stupidly excited about this.